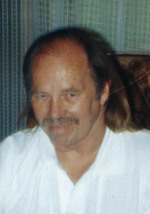 Foy White, of Durant, Oklahoma passed from this life on Wednesday, February 2, 2022 at the age of 78. He was born on Wednesday, June 23, 1943 in Pryor, Oklahoma to Houston Lee and Sarah Nell (Rogers) White.

He was a longtime resident of Durant, Oklahoma. He enjoyed working on cars and in the yard. In the 1960’s, he served in the National Guard.

Cremation services have been selected.